The Importance of Tire Pressure 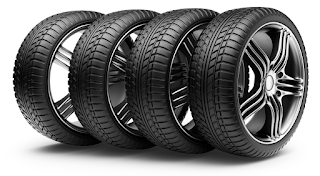 During the hot New Mexico summer months, the tires on your vehicle will become hotter and will require more time to cool down. You should periodically check the tire pressure to ensure that you can safely drive your vehicle. If the tires are not properly inflated, then the performance of your Dodge or Ram vehicle could be seriously affected. You could be needlessly forced to buy new tires or could cause damage to other parts on your vehicle.

The engineers who designed your Dodge or Ram vehicle used calculations to balance the forces that would affect that vehicle under normal driving conditions. If the tire pressure is not within the safe range, then you could have difficulty while you are steering the vehicle and could lose traction, which could endanger your life and the life of any passengers. You can ask the Melloy Dodge service technicians about the proper method to use to check the tire pressure.

Tires are rated for a specific mileage such as for 60 or 90 miles. If a tire is overinflated or underinflated, there will be a greater force of friction between the pavement and the high spots on the tread, which will cause those rows of tread to be removed faster than the other tread on the tire. You may then need to prematurely buy new tires because there are uneven rows of tread that have less than the safe depth for the tread.

You can control your costs for tires and for future auto repair services. If the tires are not properly inflated, then your vehicle will not glide smoothly on a roadway. The vehicle could tilt to one side, which would increase the magnitude of the forces that can affect a car or truck’s safety and mileage. You can contact the service professionals at Melloy Dodge, 9621 Coors Blvd NW in Albuquerque, for more information.
at 1:45 PM No comments:

Get your hands on a powerful Dodge Challenger

If you haven't experienced what it's like to be in the driver's seat of Dodge's third-generation Challenger, you need to hurry down to Melloy Dodge for a test drive. We have a selection of 2016 Challengers as well as pre-owned models, so check them out before they're gone.

The Dodge Challenger blends interior leather luxury with road-warrior aesthetics, and packs enough power under the hood to leave your knuckles white. Dodge's current Challenger is modeled after the classic 1970 variant, giving it a mean, muscle-car exterior that's refined to modern standards. Despite its old-school looks, the Challenger comes available with 8-Speed Automatic 8HP70 transmission for a smooth ride fit for the 21st century.

Thirsty for raw power? We've got one word for you: Hemi. The 2016 Challenger's 6.4-liter, 8-cylinder engine (14/23 mpg) in the Hemi Scat Pack Shaker Coupe will put you in command of the road. A slightly less intimidating 5.7-liter engine (15/23 mpg) is also available for the R/T Coupe variety.

There are plenty of customization options available, including a built-in GPS navigator, ParkView Rear Back-Up Camera, Sirius XM Traffic Service and more. The Dodge Challenger can have just as much brains as brawn with an 8.4" touchscreen display, integrated voice command with Bluetooth, parking and blind-spot sensors and rain-sensing windshield wipers. 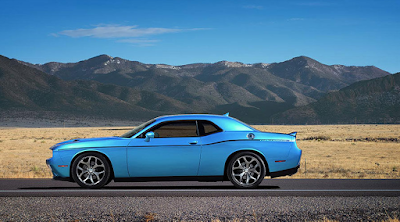