Are Muscle Cars Back?

An engine roaring fight for sportscar dominance has been revving louder and louder in the category of “number 2 sports car” behind the Ford® Mustang. The Dodge Challenger has surpassed the legendary Chevrolet® Camaro over the last year. Perhaps, it’s due to the much scarier and more intimidating sounding model names like “Demon” and “Hellcat”, which have gained the Challenger more than 5.2 million followers on Facebook. But more than likely, it’s due to speed and muscle.
We’re currently seeing a renaissance of the “American Muscle Car”, a term which fizzled out in the mid-70s. Now, as we rapidly approach the 2020’s, a golden age in terms of horsepower and performance is rearing its head. 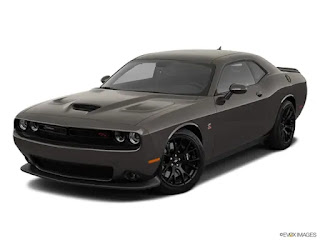 However, Chevy and Ford aren’t surrendering anytime soon. Over the last ten years, Ford Mustang sales have remained mostly flat while the sales of the Chevy Camaro have seen a decline. The Dodge Challenger has seen growth over the first quarter of 2019, according to Kelley Blue Book data:
• In 2017, Mustang sold 81,866 for 26% market share; Camaro sold 67,940 for 22%; Challenger sold 64,537 for 21%.
• In 2018, Mustang sold 75,842 for 28% of market share; Challenger sold 66,716 for 24%; Camaro sold 50,963 for 19%.
• In first quarter 2019, Mustang sold 16,917 for 29% of market; Challenger sold 13,431 for 23%; Camaro sold 12,083 for 21%.
The difference between basic models and fancy “trim packages” these days has also become a significant purchasing factor for consumers. It’s like comparing a ride-share service to a limousine. Dodge has introduced "buzz models," which offer new twists on the current models with fancier trim packages and different engine types. Those who have made Challenger purchases, who had also been eyeing Mustang or Camaro, say a larger interior and all-wheel drive were a couple of the main selling points for them.
Are you ready to possess the Dodge Challenger De
mon or tame the Hellcat? You can test drive either and see for yourself at Melloy Dodge on 9621 Coors Blvd NW, just South of the Cottonwood Mall. Or visit us online at Melloydodge.com to schedule an appointment! You can call us at 505-312-9723.

Your Check Engine Light Is On. What does that Mean?!

If you’re like many people in this country who don’t know much about cars, a check engine light is one of the most terrifying things that can suddenly illuminate in your vehicle. What does it mean? And why isn’t it more specific? There are lots of parts to an engine, it could be anything! Well, fear not, because Melloy Dodge and their Service Department are going to help you get that light turned off and get you back on the road where you should be!
First off, is the light flashing? Or is it just on? Your owner’s manual will specify the difference between the two for you.  This light could mean something small, such as an air filter or an oil change. A big one that is relatively easy and common, is the gas cap. If it’s loose after a driver fills up his vehicle, it could just need to be tightened. Or if it’s got cracks in it, you may need a new gas cap altogether. 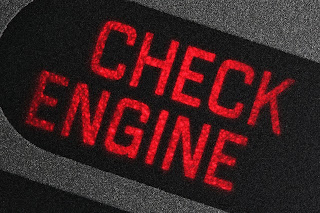 Now alternatively, a major part may need to be replaced. A faulty oxygen sensor could be the reason because when a sensor goes bad, it can’t read the oxygen exhaust to inject the right amount of fuel to your engine. Another possible suspect is your catalytic converter. Your catalytic converter is responsible for converting carbon monoxide into carbon dioxide. If your catalytic converter isn’t working, your exhaust could be filled with gas or oil.
One more potential issue for a check engine light could be your ignition coil. This means there is not enough spark for the engine to turn on. This could be a case of bad spark plugs, but it’s best to make an appointment with our service department to be safe.
If all else fails, you can always take advantage of the inventory of new and used cars at Melloy Dodge on Coors! We can get you set up in a 2019 Dodge Journey, the 2019 Dodge Challenger or the Motor Trend Truck of the Year - the 2019 Ram 1500! Visit us today at 9621 Coors Blvd NW or you can make an appointment with our service center to get that check engine light checked out! Our no-appointment Express Lane is open Monday through Friday 7am-6pm and Saturdays 8am-5pm. You can visit us online for more information at Melloydodge.com. 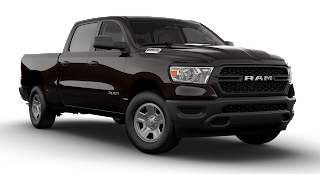 This Summer Melloy Dodge has teamed up with Isleta Amphitheater to get out of your seats at Isleta Amphitheater and into the seat of a brand-new 2019 Ram 1500!
Starting at Luke Bryan on June 14th at the Isleta Amphitheater, you can enter to win a brand-new 2019 Ram 1500, the Motor Trend Truck of the Year. Luke Bryan will be coming to Albuquerque on his “Sunset Repeat Tour”. Over the last several years, Luke’s performed for more than 1.5 million fans on his headlining tours. While you’re waiting for the show to start, find one of the Ram trucks in the VIP Concession area in the South Plaza to get entered to win! Get registered to win and you’ll get a bandana; bring that bandana to Melloy Dodge on Coors to get employee pricing on any new Dodge or Ram!

After Luke Bryan, your next chance to win will be on July 25th with Jason Aldean! Jason Aldean will be rolling through Albuquerque on his “Ride All Night Tour” along with Kane Brown and Carly Pearce. On this tour, Aldean will be promoting and performing songs from his 2018 release “Rearview Town”. You can get registered to win the brand-new 2019 Ram 1500 at this show as well. All you must do is find one of the Ram trucks in the South Plaza of the Isleta Pavilion. It’ll be near the VIP Concession area. Get registered to win! Make sure to grab that bandana once you’re registered and bring it to Melloy Dodge on Coors to get that employee pricing on a new Dodge or Ram!

This is a National Ram contest that ends on December 31st, 2019. So, if you don’t make it out to one of the Isleta Amphitheater Shows in June, you’ll have to wait for one of the other shows later in the summer! Just remember, you must be 18 or older to get qualified and one entry per person! Bring your bandana to Melloy Dodge at 9621 Coors Blvd NW, just South of the Cottonwood Mall to score employee pricing on any new Dodge or Ram!